In 1995 numerous incidents were reported from Peurto Rico about an unknown creature with bulging eyes, spines from its neck to tail and fanged... 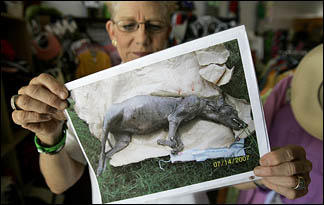 In 1995 numerous incidents were reported from Peurto Rico about an unknown creature with bulging eyes, spines from its neck to tail and fanged teeth. which feasted on the blood of livestock. The farmers and local populace of towns where the creature struck were dumbfounded to see  the carcass of dead animals drained of  blood however no meat was taken from the dead bodies, in fact there were no bite wounds on the bodies. 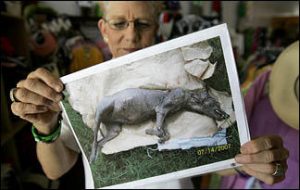 Thus was born the legend of the chupacabra, literally meaning “goat sucker”. Jose Chemo Soto, the mayor of Canóvanas, Puerto Rico and a member of the New Progressive Party was such a fervent believer in the existence of the creature that he organized various expeditions for the search of the creature, though none of them met with any success.

Spurred by the tales of initial sightings and the expeditions to find the creature, the reputation of the chupacabra seems to have spread to other parts of the world as well, with similar incidents being reported from US and Russia.

Most of the sightings have now become urban legends. A few supposed photos of the creature turned out to be wolf-coyote hybrids with skin and hair problems. However the legend of the blood sucking vampire creature stills lives strong in the hearts of many around the world. Especially in those towns where the supposed farm animal attacks took place.