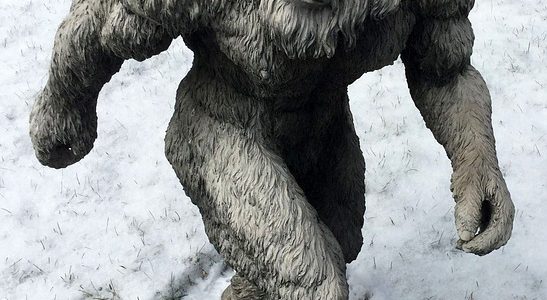 The abominable snowman is one of the most widespread monster creature legends of all times. Across the world,  from Canada to the Himalayas, the...

The abominable snowman is one of the most widespread monster creature legends of all times. Across the world,  from Canada to the Himalayas, the creature is known by many names – Sasquatch, Bigfoot, Yeti.. All the numerous versions of the creature have a couple of things in common – they all portray a large humanoid creature which is solitary and elusive and they all fail to provide any substantial, validated proof of its existence.

While it may be true that we do not have proof, it should also be noted that many reputed and honest officers posted to the snowy mountainous ranges in the early part of the 20th century have reported fleeting glimpses, footprints and sounds that they attribute to the elusive snowman.

The reports of the Yeti seem to have higher profile believers with Sir Edmund Hillary and Tenzing Norgay having reported seeing extraordinarily large footprints while climbing the Himalayas. Later Hillary himself expressed self-doubts on the veracity of what he had witnessed. Another famous instance is of the photographs taken by the distinguished British Himalayan mountaineer, Eric Shipton who snapped photographs of a large number of footprints in the snow, during his 1951 attempt to scale the tallest peak in the world. What was interesting is that according to Shipton, the photographs were taken at an altitude of 20,000 ft above sea level. Even if the footprints were not of any legendary creature and just that of an ape or other creature, there are no hoofless animals known to live at such high altitudes.

In Northern America, legends of Bigfoot have circulated since the times of Native Americans. There are many versions like the kwi-kwiyai, a nocturnal race of hairy ape like creature which crept into homes and carried the sleeping children away. Considering the fact that the snowy mountainous regions of North America is also home to a very large number of bears, scientists have attributed most sightings to be a case of misidentification or even hoax.

The fact still remains that legendsof these large hairy ape-like beasts still haunt the snowy slopes of mountainsides in many parts of the world.