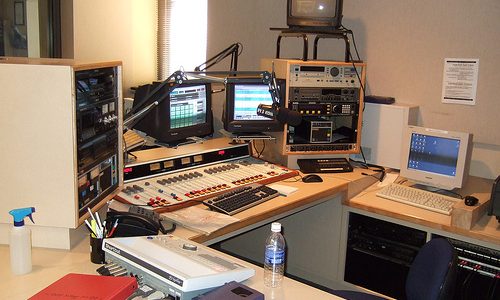 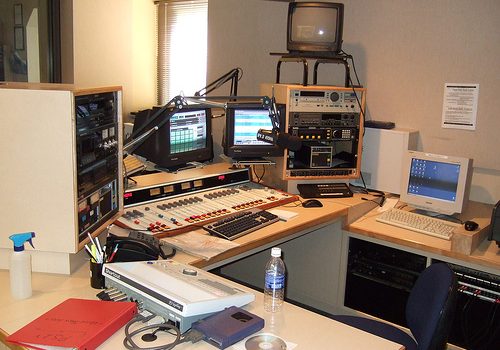 For the past 40 years, a radio signal in Russia has been baffling the radio listeners with a strange buzzing sound. The buzzing sound has made this radio signal at 4625 kHz to be famous as “The Buzzer”. It is also known as “UVB-76”. The astonishing fact is that every few years, “The Buzzer” broadcasts a strange buzzing voice which repeats itself several times and then, suddenly stops when some Russian voice reads puzzling combination of some numbers, names or words. For instance, following message was heard on Christmas Eve, 1997.

“Ya UVB-76, Ya UVB-76. 180 08 BROMAL 74 27 99 14. Boris, Roman, Olga, Mikhail, Anna, Larisa. 7 4 2 7 9 9 1 4”. This random mixture of numbers, digits and Russian names confuses the listeners but no one has ever been able to decode what message does this sound carry. The sound of the buzzer keeps on changing frequently. During 80’s, it was a beep of 2 seconds but by 90’s it changed to another buzz. In 2003, the sound changed yet again and it was similar to some higher tone with a longer duration. But presently, it is back to its first pattern.

Earlier people related these messages to be an act of Russian communists also. But ever since the year 2000, such type of messages has become quite frequent and this makes the co-relation with Russian communism meaningless.
One can easily dismiss the radio signal if the sound is pre-recorded but UVB-76 is a manually generated message. It appears to the listeners that the speaker is right next to the microphone as to provide the listeners a clue regarding the origin of coded message.

Some people also relate it to Russian Military as the Buzzer broadcasted a clearly audible and understandable message on 24th January, 2013. Firstly, it appeared to be some another puzzling mixture of words but then, following message was very clearly heard by all.

UVB-76 has gained so much popularity for being discussed along with unexplained mysteries of Russia. The radio station was previously located in Povarovo, a Russian military base. But the station changed its location in October 2010. Afterwards, some people, who wanted to explore UVB-76 traveled to the new station with a hope to see the military bunker from where the sound was believed to be originated. But on reaching there, they heard about some storm. Meanwhile the military evacuated the place when the fog was dense enough to reduce the visibility.

When the group of people finally reached the site of radio station, they found the empty military buildings. Water could be seen everywhere in the bunker but there were clues related to military equipment being kept in the bunker. The group described the military bunker as a maze of corridors and rooms. They even found a book on the site which contained many messages similar to the ones sent by UVB-76. This whole description fascinated the people that Russian military is using the radio station to broadcast their messages to the military men.

Presently, several attempts are being made to find the present location of this radio channel. It appears that the transmission is done from different places all across Russia especially Estonia, Kirsino and the Pskov Oblast.
The mysterious messages along with the buzzing sound are broadcasted occasionally on the Buzzer. The messages can be heard on YouTube also. Thousands of people tune into the Buzzer hoping to listen to UVB-76 someday. But whatever we have heard about this buzzing sound and messages, the meaning and motive of messages remains mysterious till date.

The Stonehenge
Recent Posts View all